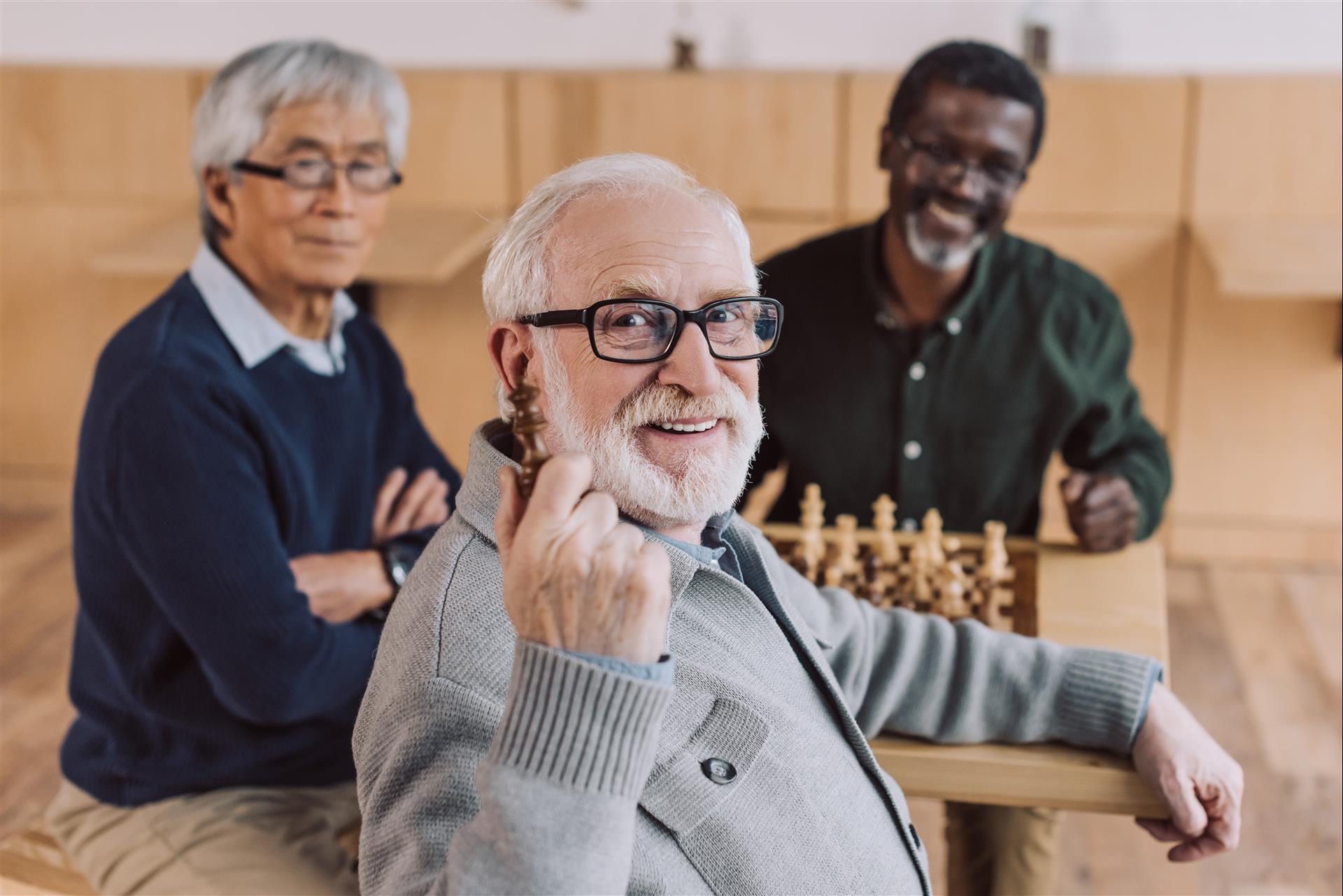 9 Board Games to Try in Your Assisted Living Community

Most elementary school programs ensure that children have ample time for play. Active play takes place on playgrounds during recess and during physical education lessons. But even within academic lessons, games and movement are incorporated — and not just because young children have trouble sitting still.

It’s because play is a great way for the brain to process information, and it’s also good for mental and physical health. And that’s true no matter how old you are. Research indicates that regularly enjoying complex strategy games can improve mental skills such as cognitive thinking and memory. And playing board games with others could result in decreased risk of depression and cognitive decline.

Plus, it’s just fun. Board and card games are an inexpensive form of entertainment that let you enjoy fellowship and communication with others. They’re also easy to enjoy in your assisted living community, throughout the indoor common areas at Park Regency Loveland or on the deck. Invite friends and family to join you or gather a group of like-minded assisted living residents for a morning, afternoon or evening of entertainment.

Not sure where to start? Check out some of the options below — we’ve curated a selection of potentially new-to-you as well as tried-and-true games.

The original word-lovers board game, Scrabble is a straight-forward game almost anyone can play. Yet, when you pit yourself against a Scrabble master, the game can get strategic and competitive, so there are many levels of fun with this option.

If you want a more portable word game based on similar concepts, the makers of Scrabble have created a number of card games, including Scrabble Slam! and Scrabble Dash.

Set up a chess or checkers game anywhere in the assisted living community and spend the afternoon in conversation and competition with a friend. You can also get a group together and host a small tournament to see who comes out on top of the board.

Trivial Pursuit is a flexible option that lets you enjoy time with others even if you have to social distance. Spread the cards out among the players and ask someone to act as board captain. The board captain moves all the pieces around so that people can sit 6 feet apart during game play.

Increase enjoyment of Trivial Pursuit by investing in themed card sets that concentrate on certain types of information. You can buy boxes related to specific fandoms, such as Harry Potter or Star Wars, or choose a game with questions from a certain decade.

Scattergories is a great game if you want to continue to foster quick critical thinking and language skill as you age. The basics of the game are this:

It sounds easy, but when you’re on the clock it’s not quite that simple. You score points by coming up with answers that no one else did.

Rather than being a competition, Scattergories is usually a hilarious time with friends.

Bananagrams is a tile-based game that involves arranging letters into words faster than the competition can. Because you never draw the same set of tiles twice, this game is fun for hours at a time. And seniors can get a large-tile version with letters that are easier to read for those with some visual impairment if desired.

Ticket to Ride is a bit like Monopoly, except instead of collecting property cards and building hotels, you collect railroad cards and build railroads. A game takes between 30 and 60 minutes to complete and can accommodate up to five players, making this a perfect board game to enjoy with coffee, snacks and a few friends.

Seniors at Park Regency Loveland assisted living who want a bit more action in their games might enjoy Cranium. You play this one in teams, and you have to complete activities such as acting out clues, sketching or sculpting things for partners to guess or answering word or trivia questions. This game is great for adults of all ages because it draws on so many mental and creative skills but is wrapped up in the fun of play.

Like the idea behind Cranium, but not up for all that action? Pictionary might be a better option. Pair up with a friend and take on one or more other pairs of residents as you draw your way to victory. Art skills aren’t required; being clever and knowing your partner often help you score points in this game.

Catan was previously called Settlers of Catan. It’s a fairly simple strategy boardgame that requires gathering resources to “build” small towns. You can also buy add-on packs to make this game as complex or unique as you want, so the play scenarios are endless.